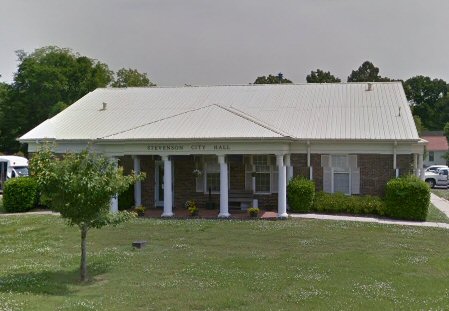 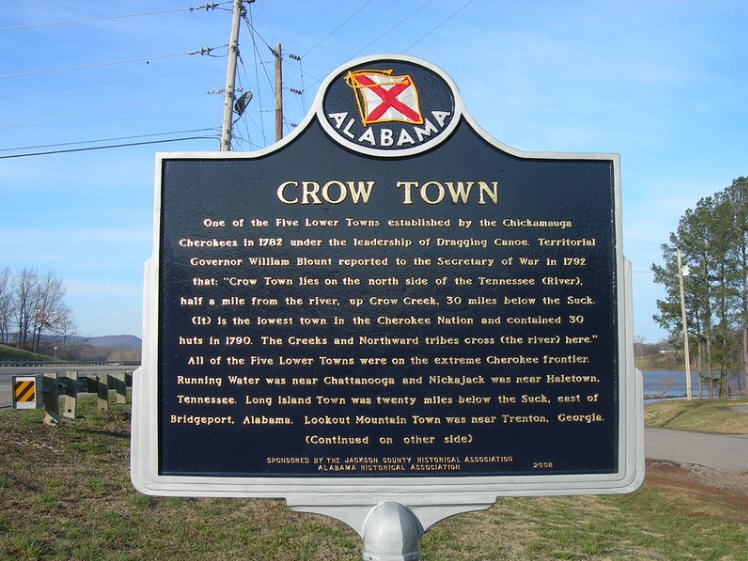 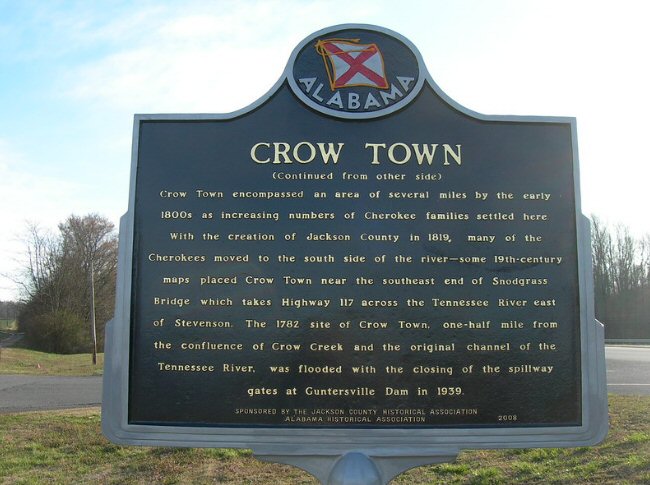 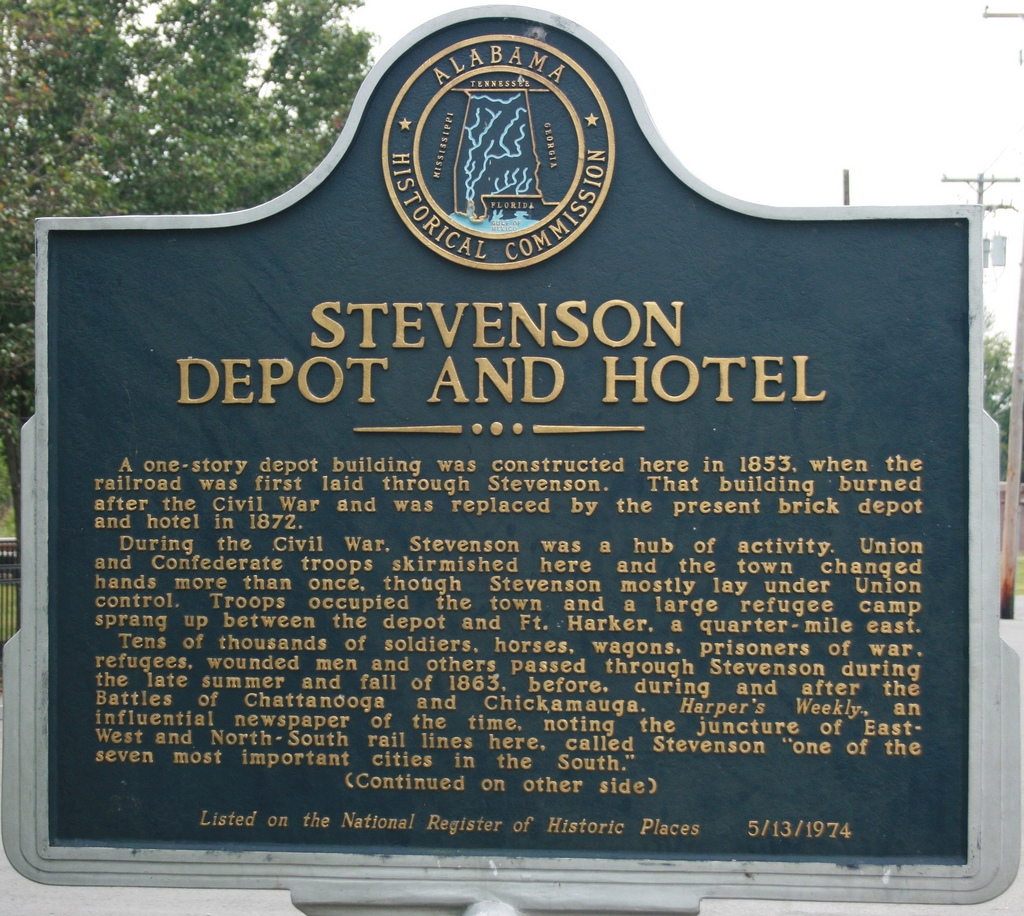 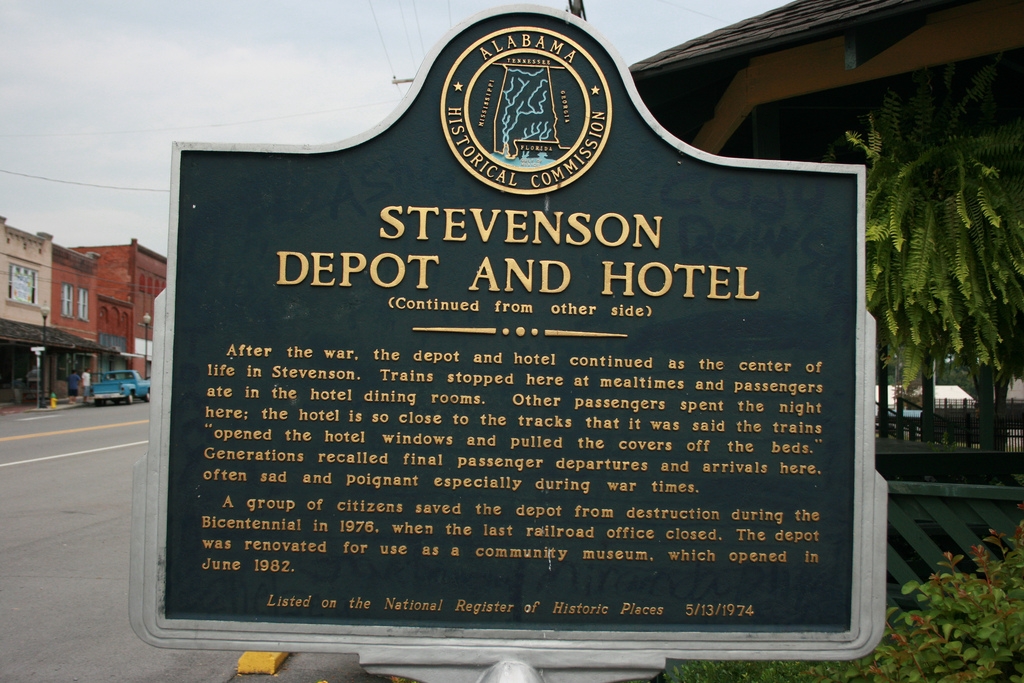 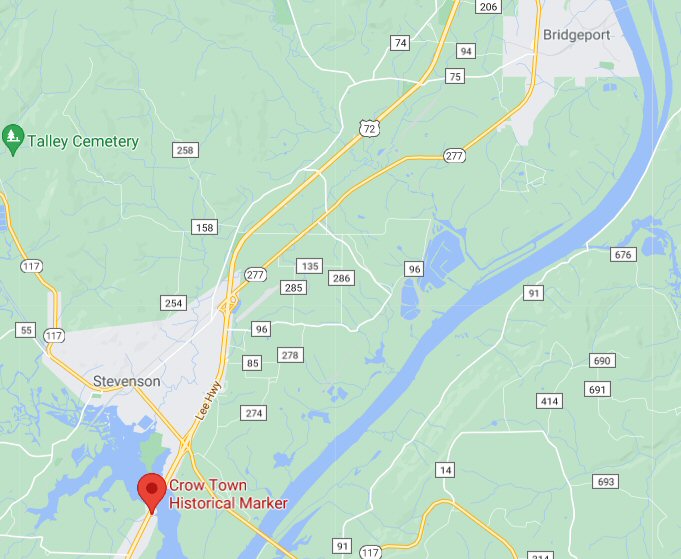 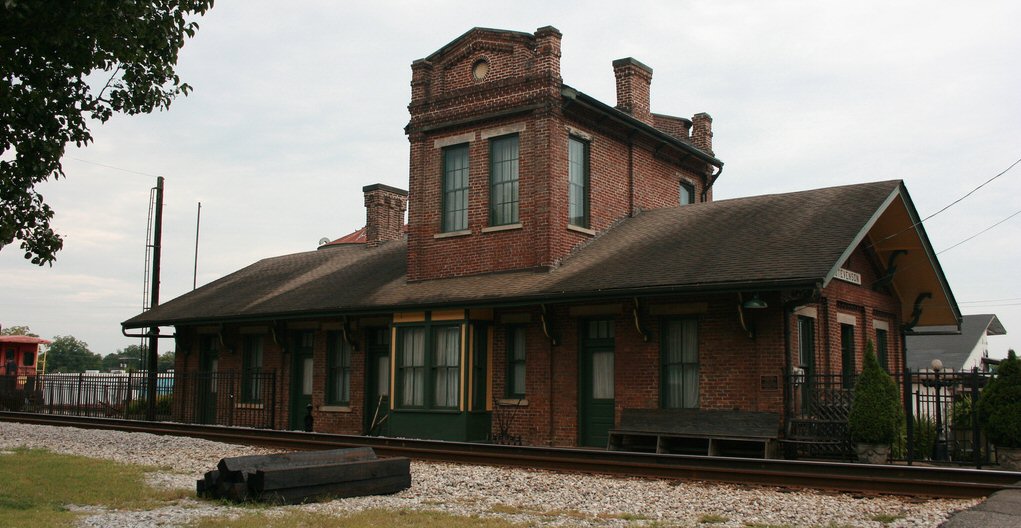 Stevenson is another community on the path of the Trail of Tears. The historic marker for 'Crowtown' is on the banks of the Tennessee River there, just south of Bridgeport where the Annual Trail of Tears Ride begins.

One of the Five Lower Towns established by the Chickamauga Cherokees in 1782 under the leadership of Dragging Canoe. Territorial Governor William Blount reported to the Secretary of War in 1792 that: "Crow Town lies on the north side of the Tennessee[River], half a mile from the river, up Crow Creek, 30 miles below the Suck.[It] is the lowest town in the Cherokee Nation and contained 30 huts in 1790.The Creeks and Northward tribes cross [the river] here."
All of the Five Lower Towns were on the extreme Cherokee frontier. Running Water was near Chattanooga and Nickajack was near Haletown, Tennessee. Long Island Town was twenty miles below the Suck, east of Bridgeport, Alabama. Lookout Mountain Town was near Trenton, Georgia.

‍
Crow Town encompassed an area of several miles by the early 1800s as increasing numbers of Cherokee families settled here. With the creation of Jackson County in 1819, many of the Cherokees moved to the south side of the river - some 19th-century maps placed Crow Town near the southeast end of Snodgrass Bridge which takes Highway 117 across the Tennessee River east of Stevenson. The 1782 site of Crow Town, one-half mile from the confluence of Crow Creek and the original channel of the Tennessee River, was flooded with the closing of the spillway gates at Guntersville Dam in 1939.