History of the trail of tears 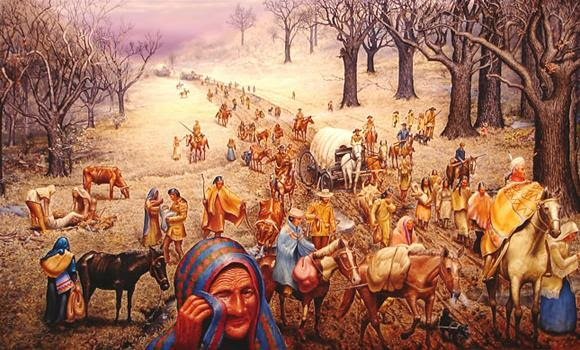 we remember so we never forget

By Finn Sanner and Jordan Zandonatti

Many Native Americans suffered from exposure, disease and starvation on their route to their destination. 60,000 of 130,000 relocated Cherokee died during their relocation and many more from other nations. Intermarried and accompanying European Americans and 2,000 African American Slaves free blacks and slaves (owned by the Cherokee) also participated in the Chickasaw, Choctaw, Muscogee Creek and Seminole forced relocations. The Choctaw were the first to be removed in 1831, following by Seminole in 1832, then the Muscogee Creek in 1834, then the Chickasaw in 1837, and finally the Cherokee in 1838. After the Native Americans were removed some remained in their former homeland which was now 25 million acres for the predominantly white settlements.

Most of the trails that are part of the Trail of Tears went through Kentucky, Illinois, Missouri, Arkansas, and ended in Oklahoma. According to legend, a Cherokee rose, the state flower of Georgia, grew in every spot a tear fell on the Trail of Tears. Today the flowers grow along many of the trails that the Native Americans took West. Most of the tribes of Native Americans did not stand up for what they believed in and were forcefully moved, The Cherokees of Georgia, on the other hand, used legal action to resist. The Cherokee people were by no means frontier savages. By the 1830s they developed their own written language, printed newspapers and elected leaders to representative government.

videos to learn more about the trail of tears 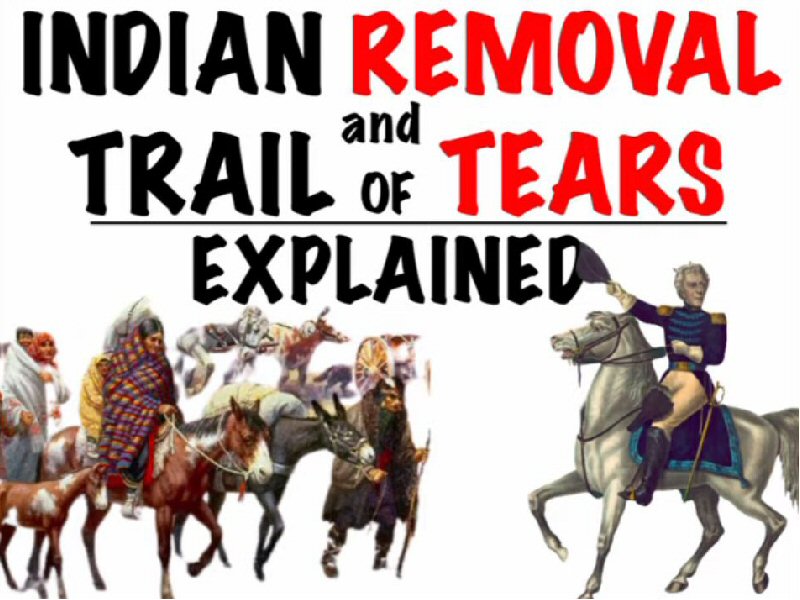 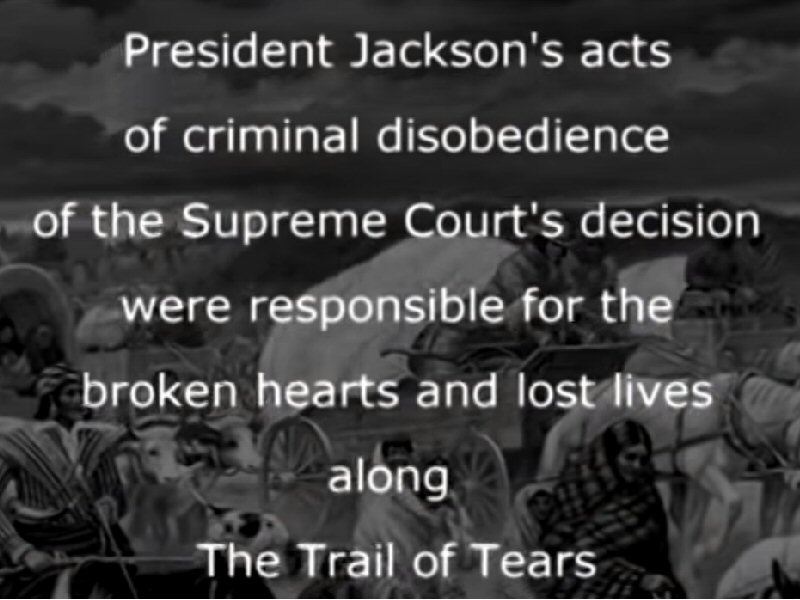 Trail Of Tears short documentary was produced for a middle school presentation by Ron Maxwell and co-produced by 12 year old Rebekah Aledo-Cubano. (2012) 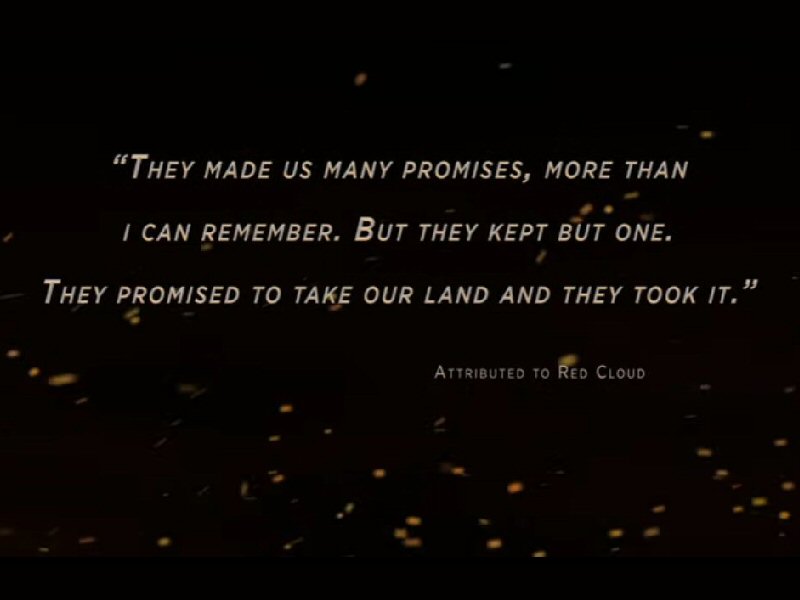 As American power and population grew in the 19th century, the United States gradually rejected the main principle of treaty-making—that tribes were self-governing nations—and initiated policies that undermined tribal sovereignty.

The Trail of Tears: They Knew It Was Wrong 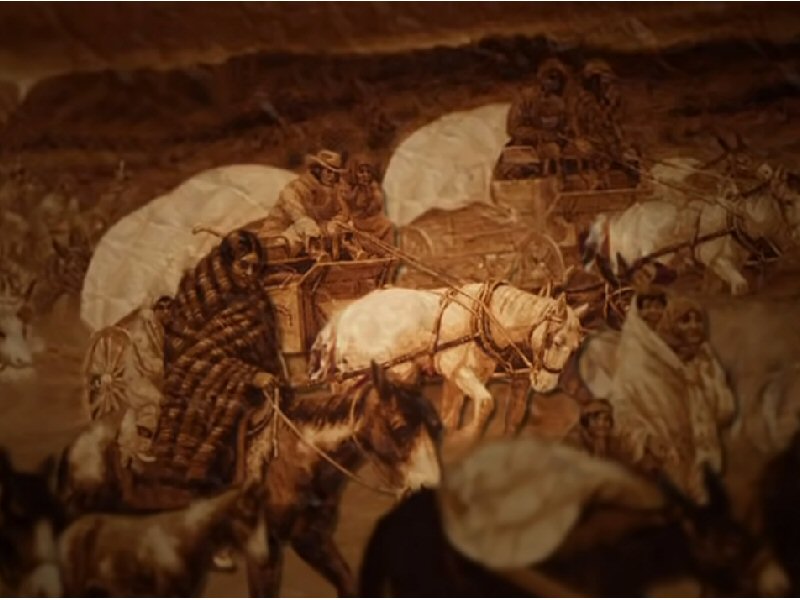 The Trail of Tears shouldn't have happened. People at the time knew that it was wrong, that it was illegal, and that it was unconstitutional, but they did it anyway. 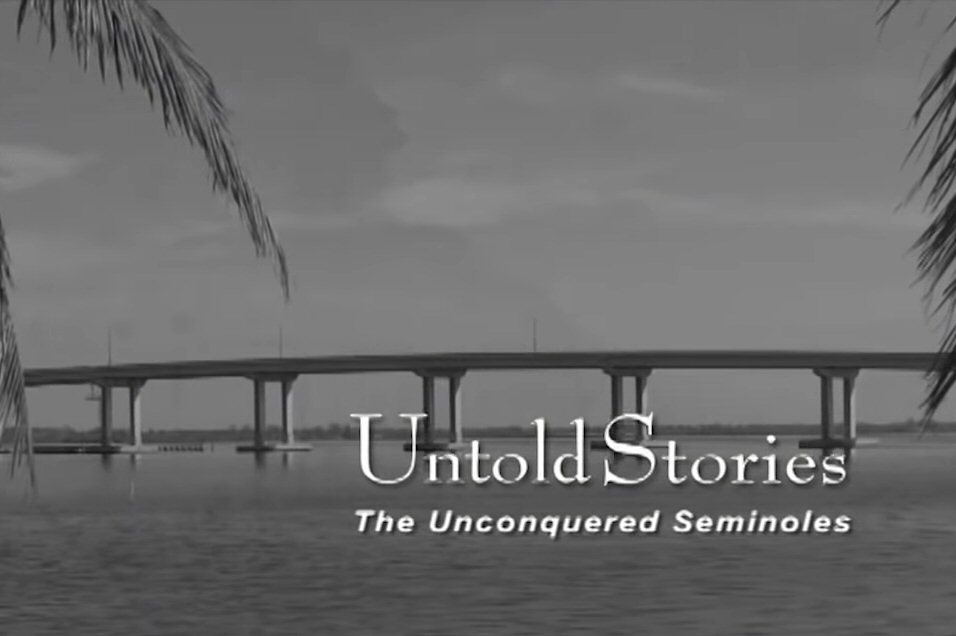 Seminole - The Unconquered (How the west was lost) 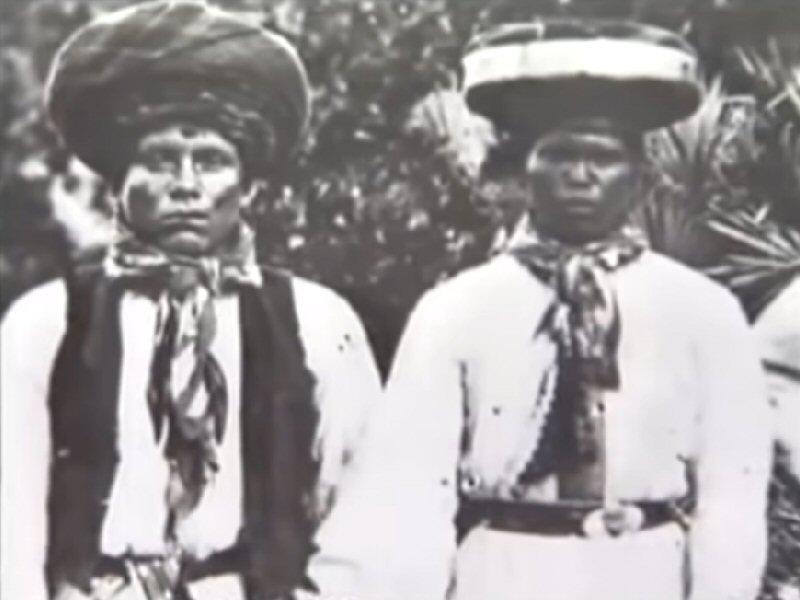 A brief history of how the Seminole peoples, then living in south Florida, fought back against removal.

The part of the Trail of Tears we ride 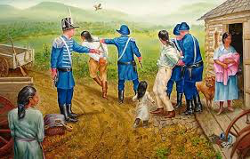 the route we ride on the 3rd saturday of each september follows the general route that the peoples of the five tribes followed across northern alabama. the route from bridgeport to waterloo has been designated as the official trail of tears route for this part of their journey because of the strong historical relevance it has to the trail. the tragic story follows.

The Indian Removal Act called for the voluntary removal of all Indians from the eastern United States to the state of Oklahoma.  But it provided for the forced removal of those that didn't volunteer. May of 1838 marked the deadline for voluntary indian removal.  The military was prepared to use force and did so under the command of General Winfield Scott.  General Scott ordered the round-up and removal of over 17,000 Cherokees who refused to leave.  So began the Cherokee "Trail of Tears," one of the darkest episodes in relations between the United States and Native Americans.
‍

The process was swift and brutal.  Detachments of  soldiers arrived at every Cherokee house and drove men, women, and children out of their homes with only the clothes on their backs.  They were placed in concentration camps where conditions were horrendous.  Food and supplies were limited and disease was rampant.  Many perished.

By late June of 1838, the upper Tennessee River had become too low for navigation due to a drought.  The  U.S. government hired wagonmaster J.C.S. Hood to transport 1,070  Native Americans by foot and wagon from Ross's Landing in Chattanooga, Tennessee to what is now Waterloo, Alabama - about 230 miles. Much of the journey followed what is now U.S. Highway 72.

Upon reaching Waterloo, the survivors were in despicable condition.  Migration had to be  suspended until the river was high enough for navigation.  Many died in Waterloo and others escaped into the hills.  Many area residents can trace their native American ancestry to those who fled.

As many as 4,000 deaths occurred on this route because of this forced removal of civilized Native Americans from their rightful homes. In the end, members of the Choctaw, Chickasaw, Creek, and Seminole nations suffered the same fate as the Cherokees.

Join us as we honor those  from the past who traveled this Trail of Tears.  Let us learn from this mistake, accept each other as we are, and walk together in peace. 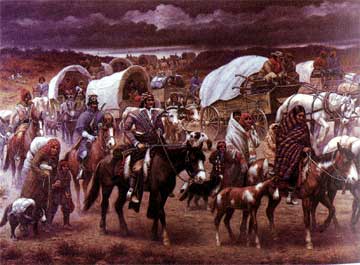 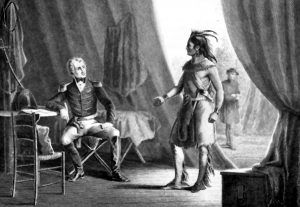 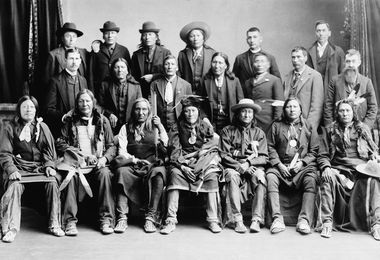 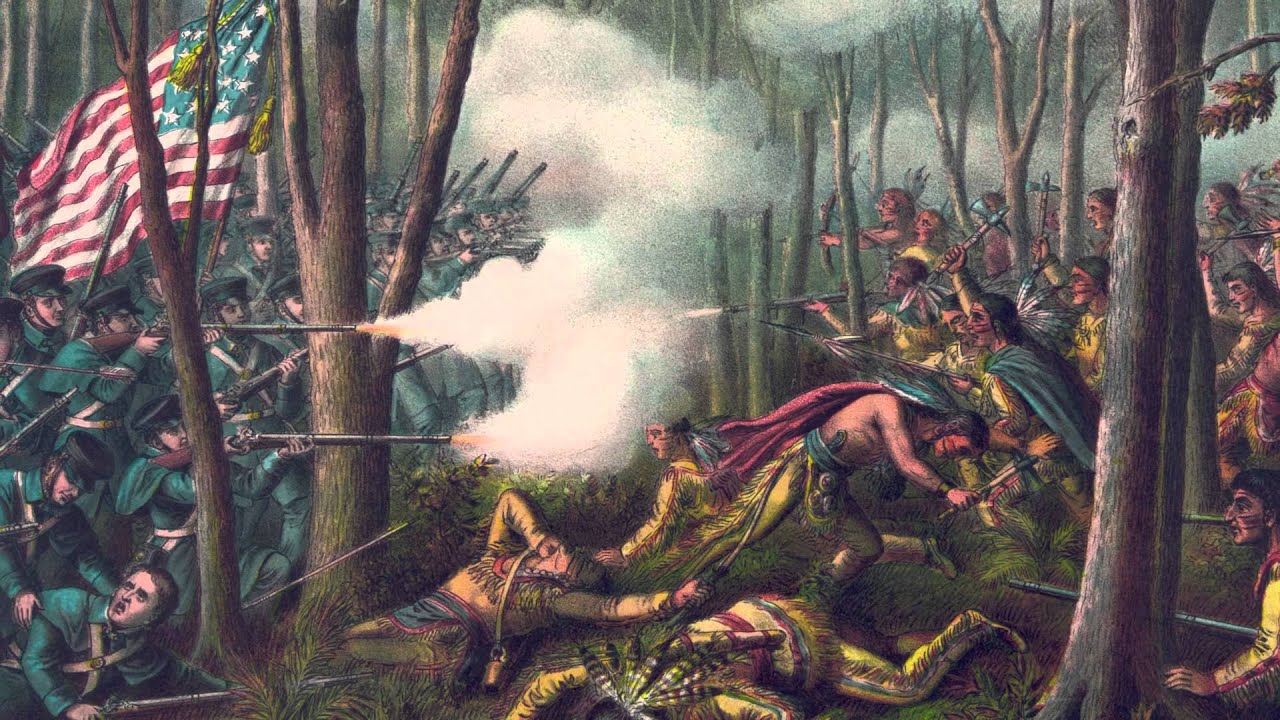