Since the beginning of the Annual trail of tears commemorative motorcycle ride a design has been produced that illustrates some aspect of the ride or the history of the trail of tears. this year's design is of Tsi'yu-gunsini -'Dragging Canoe', who was a Chickamauga Chief. Dragging Canoe was one of the greatest warriors of Cherokee recorded history.  A cousin to Nancy Ward, he was one of the first to propose a united Native front against Westward colonization.  He is featured on this year’s ride shirt along with the riverwalk at waterloo, al.  He is from Tellico, and Chota, E. Indian Nation, Tennessee.  Later, at the outbreak of the American Revolution, Dragging Canoe moved families downriver to Chickamauga and Chattanooga and Running Water Creek (now Whiteside), and Upper and Lower Towns near Bridgeport AL area.  According to Cherokee legend, his name is derived from an incident in his early childhood in which he attempted to prove his readiness to go on the warpath by hauling a canoe, but he was only able to drag it. This image is being featured on this year's TShirt and on a number of other products available in our store.

This year the proceeds from the tshirt sales and other items has been designated for a special purpose. With this donation, you are helping fund a memorial statue at the Riverwalk in Waterloo. We’ve been working on this area for several years.  Another way to donate is to order an engraved brick paver with your name, name of a riding partner, friend or family member, donations from $50 to $200.  The statue we are wanting to erect will be in the likeness of Tsi'yu-gunsini. please visit the waterloo riverwalk page to learn more about the engraved brick pavers. 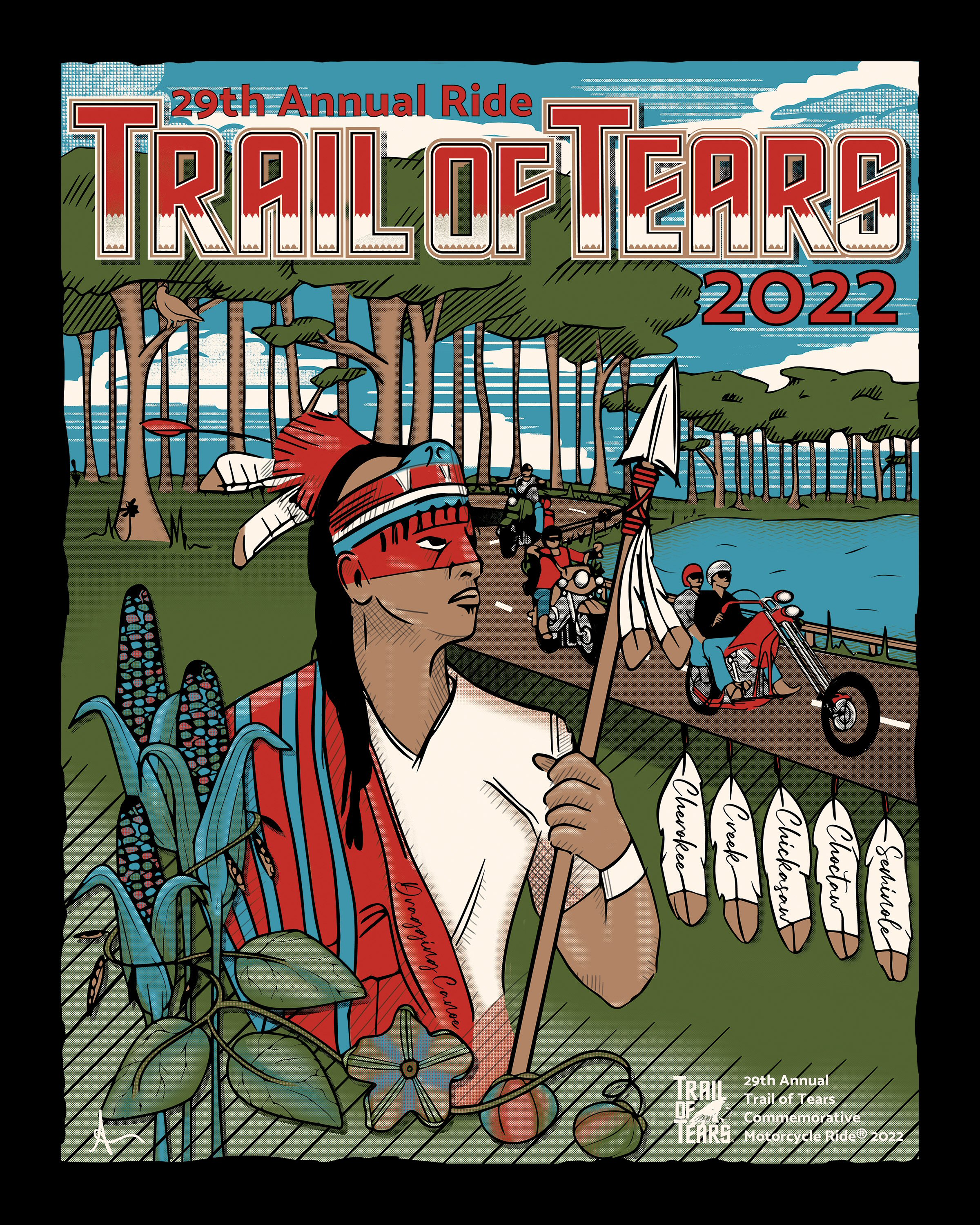