ride recap - This past ride - the 28th Annual 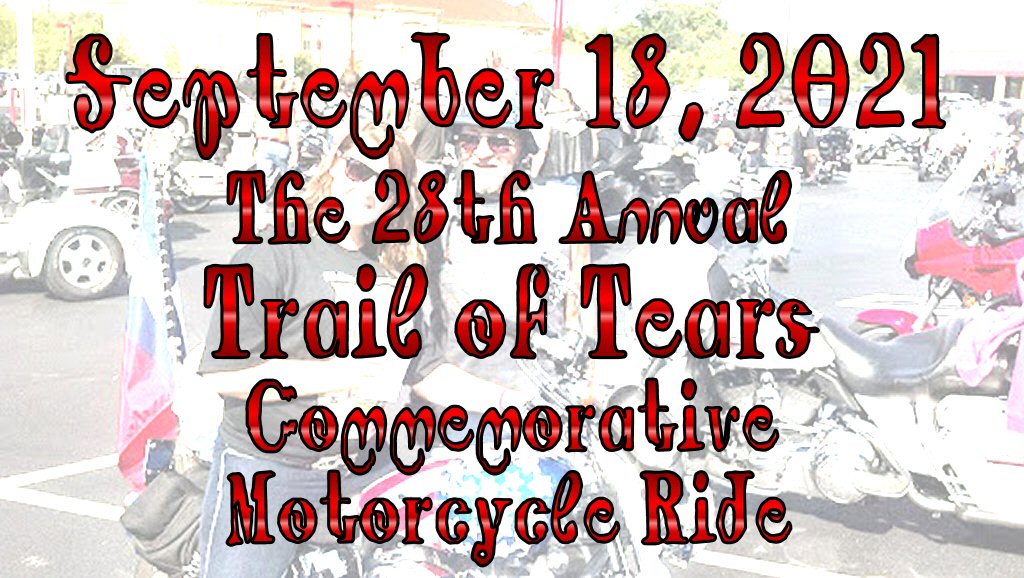 this year two major things impacted the ride... a hurricane coming in on the southern coast and the residuals of this infernal covid 19 pandemic! nevertheless a gathering of hardy friends, supporters and riders turned out for the ride. 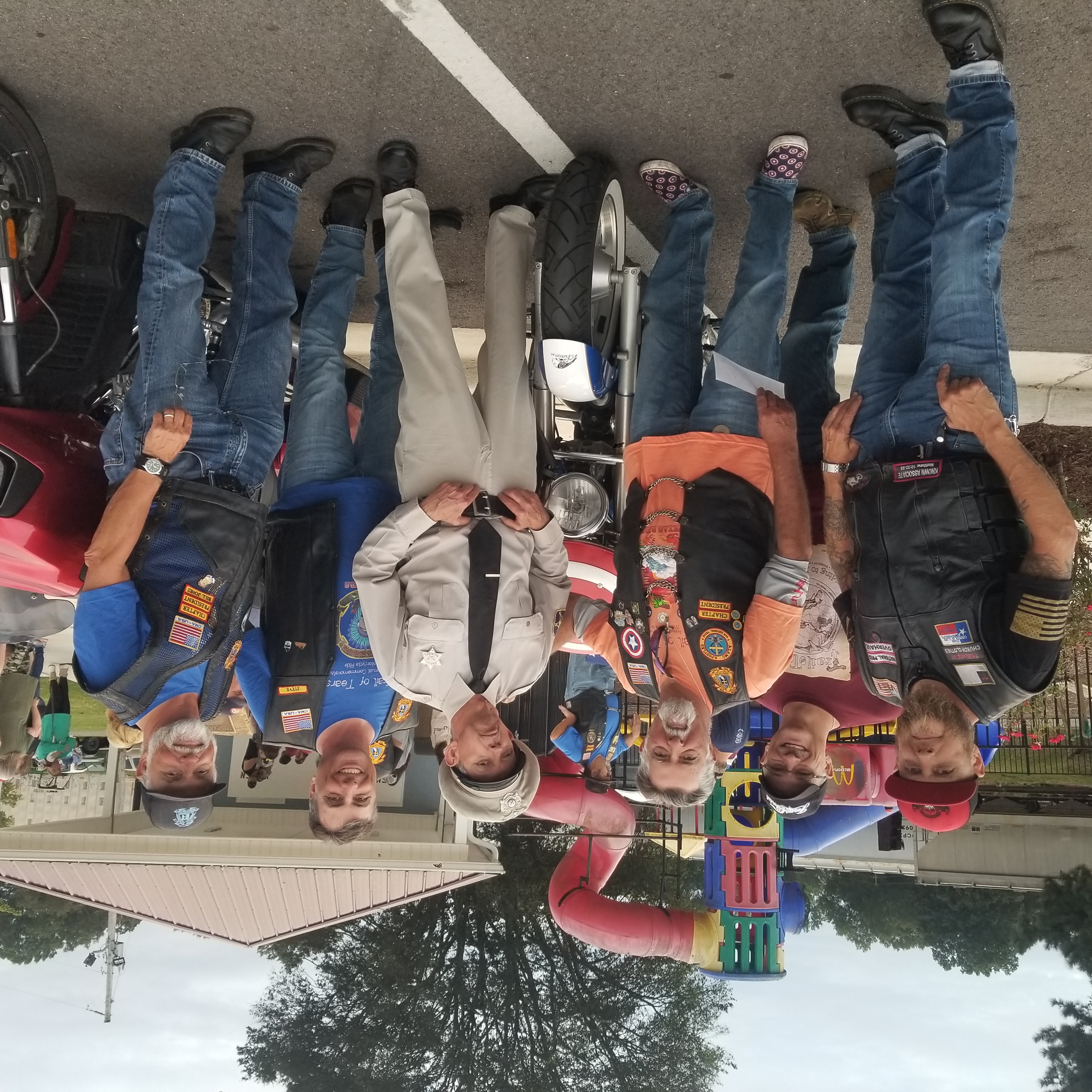 Another group came out from Texas on the Louis Hutton memorial ride. This group traveled from San Antonio and rode the natchez trace parkway from its origin in natchez louisiana for 380 miles all the way to Tennessee. Then they rode the Cherohala skyway from Tellico Plains, the tail of the dragon at Deal's Gap and then took in the southern end of the Blueridge parkway coming into cherokee.
more pictures from that ride can be seen here.

a group of riders left out of Bridgeport on thursday morning for the annual ride to cherokee. the two groups met up at the Cherokee fairgrounds and departed for historic Ross's landing on friday morning.

When passing through Murphy NC we were interviewed by the local news 'The Cherokee Scout'. That article can be viewed here.

Polk County news also did a piece on the ride. click on the image to see the article. 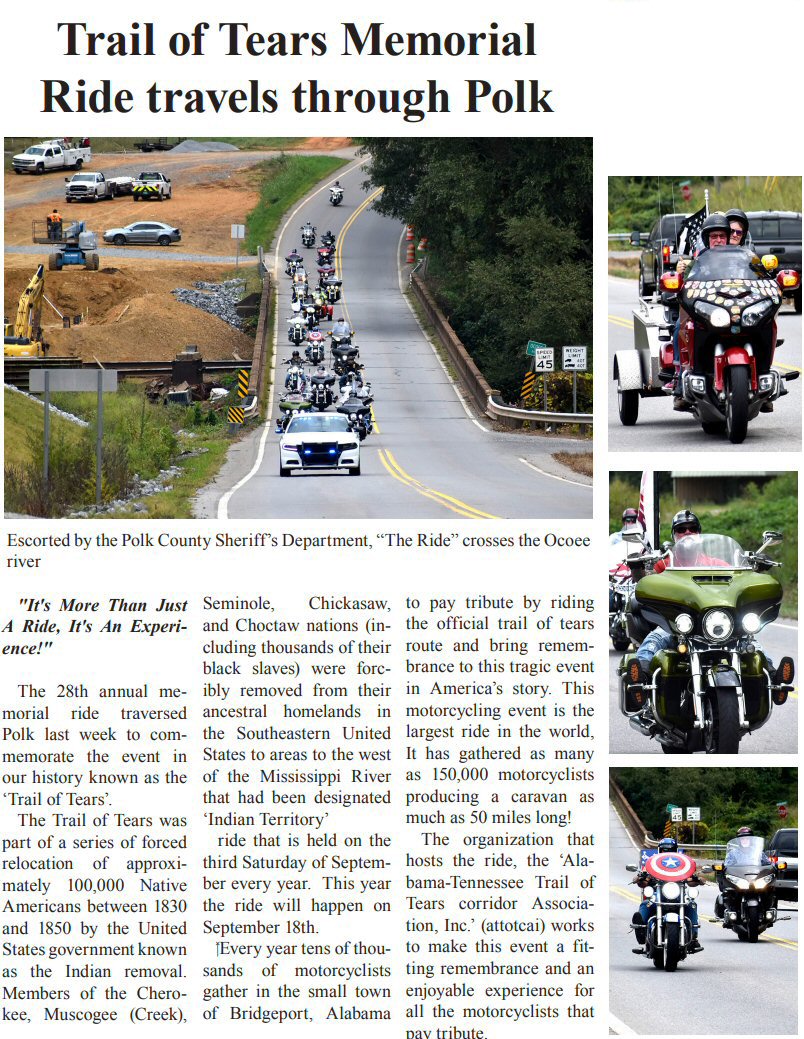 after a brief stop at ross's landing the riders continued on to bridgeport for the kick-off party. the kickoff party was, as usual, a festive scene with the usual good food, vendors and riders and visitors had the opportunity to walk around and greet old friends. As usual, our good friend and ride supporter, barney 'fife' woods was there... and he wrote me a 'ticket' because the captain america shield on my bike doesn't permit visibility of the road. barney is a good friend of the ride and a great brother.
more photos from the friday ride can be seen here.

The official ride still had a very large number of riders that were willing to brave the rain, or as organizer Ike Moore calls it, 'the tears of our forefathers'. At times our forefathers were weeping hard. but this rides is a matter of devotion because of its great importance. and those that ride it are always bound together by their committment. so we braved the weather in the morning and found ourselves at redstone Harley Davidson under cloudy but clearer skies. a delicious lunch was enjoyed listening to the good live entertainment before we forged on to Waterloo. By the time we got to waterloo it was beginning to rain again. There was a good crowd there and the usual number of vendors. the crowd was able to enjoy the food and live music but by late afternoon the rain rolled back in for a real drenching.

heading to the hotel was wet. It was good to arrive and share a meal with some of the other riders before calling it a night.

In the morning we headed for Spring Park to gather and begin the ride to De Queen for the dedication of the ceremonial plaque to commemorate long time ride supporter Allen WArd. The ride took us out of alabama and on to memphis Tennessee where we stopped for lunch at the sidecar cafe. The cafe is next to Bumpus Harley Davidson (who bought lunch for everyone!). after lunch we departed for our hotel in hot springs, Arkansas where we stayed the night at the doubletree by hilton.

in the morning we left hot springs for the ride to De queen to commemorate the plaque for Allen Ward. His granddaughter, Casey Ayers Hardaway, was present for the ceremony and showed sincere gratitude for the plaque. She spoke at the ceremony and shared about her granddad, his art, and his love for the annual trail of tears commemorative motorcycle ride.

After the cermony we left De Queen for Broken Bow to have lunch. the weather was excellent and we had lunch at a place that sells specialty pizza in the Grateful Dead theme called 'Grateful Head Pizza'.  This was the end of the organized ride and from here riders headed in different directions to go back home.

six riders from texas went from broken bow to visit the Choctaw museum in tuskahoma OK. the museum presents a detailed history of the choctaw trail of tears and great contributions the choctaw nation has made to our history... especially the choctaw 'code talkers' in world war 1.
photos of the museum and these riders are here.

whether it rains or shines the annual trail of tears commemorative ride goes on. and those that ride it are fulfilling a 'duty' to insure that this event in history is remembered and that its remembrance will serve to provide perspective, reconciliation, and direction for our future.